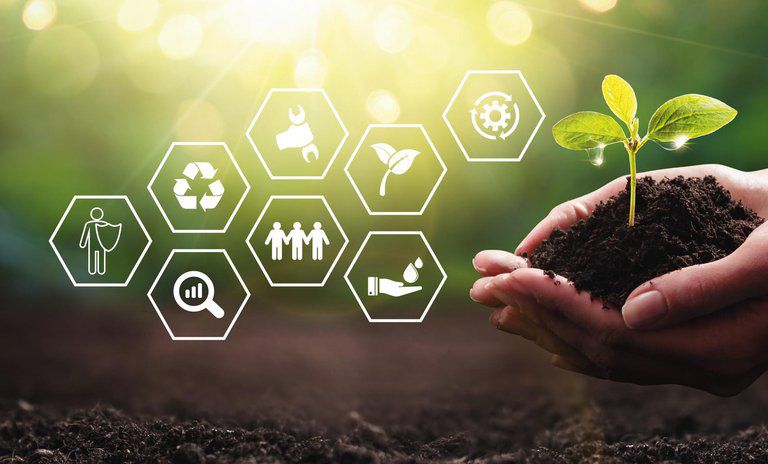 How to increase the sustainability of PET-BO films Food packaging, smartphones and solar panels: Biaxially oriented polyester film (PET-BO) is being used worldwide. In view of sustainability aspects, the material is currently questioned though. Improvements in the lines help making production more sustainable.

Films made of biaxially oriented PET have high tensile strength as well as chemical, mechanical and thermal stability. According to Wood Mackenzie's "BOPET Film Global Supply Demand Report" published in May 2019, the special film has recorded annual growth rates of 6.7 % since 2013. In 2018 alone, a total volume of 5 million tons has been produced, which corresponds to a turnover of almost EUR 11 billion. In the next five years another 1.1 million tons are to be added. As sustainability is becoming an increasingly important issue here as well, machine and plant manufacturers are looking for new approaches to PET-BO production that will improve the energy and ecological balance of plant technology and make it easier to reuse the material required for production in a preferably closed cycle.

Improved air flow
A contribution to higher energy efficiency at Lindauer DORNIER GmbH is made by a patented air duct for transverse direction orientation (TDO) of the film. In the PET-BO lines, which are up to 150 m long and up to 26 m wide, the line component stretches the film, which is heated up to 240 °C in the manufacturing process, across the running direction to up to 10.6 m final film width. The company states that the use of thermal energy in this process step can be reduced by up to 35% compared to the state of the art by using the heated air repeatedly in the various oven zones, while maintaining the temperature requirements. Because the long-life TDO chains with the patented clip system, which stretch the film in the air duct area, can be overhauled many times over in the course of their lifetime, DORNIER production lines can be used efficiently for decades. Thus even lines up to 50 years old can be adapted to new requirements in terms of productivity, economy and environmental awareness through modifications.

Reduction of waste and use of recycled materials
Recycling can already save material in the manufacturing process. "DORNIER film stretching lines recycle all production waste inline," says Bernhard Wandinger, head of the special machinery production line. The separated film edge, for example, is returned to the extrusion process without regranulation. Because the re-granulating system is no longer required, film manufacturers save an entire machine part. Talking about recycling management: rPET, the recycled material obtained from used PET bottles, has also become increasingly important. "At the K in Düsseldorf, customer talks often focused on how a higher proportion of used material can be used in the future with the same product quality," Wandinger says. A material input of 50 % post-consumer recycling (PCR) and more is now technically possible, Wandinger assures. Due to the special characteristics of PET, such as its relatively low contamination rate, it is even suitable for re-use as food-grade film.

Film recyclability
The recyclability of the PET-BO film itself is also becoming increasingly important. DORNIER is confident that polyester films can make a significant contribution to achieving the increasingly ambitious goals for the reuse of recycled materials for packaging. The special characteristics of PET also have an impact here: because the film has a good intrinsic barrier against oxygen, Wandinger says, the material can be brought to a level that even meets ultra-high barrier requirements quickly and cost-effectively with wafer-thin coatings of aluminium oxide.

Transport and electric mobility
Another important factor for improving the eco-balance of PET-BO film is its thickness, i.e. its weight. "Our PET-BO film has the lowest basis weight on the market," Wandinger says. And DORNIER wants to further improve this parameter, the reduction of which has a positive effect on the life cycle assessment especially due to lower emissions during transport. Although PET-BO films already have a low weight per unit area due to their high strength and stiffness, the special design of the extrusion process and the temperature uniformity of the TDOs make it possible to implement low film thicknesses particularly efficiently on DORNIER lines, Wandinger says. Recently, there has been an increasing demand for applications with a high level of heat exposure  - for example as separator film in batteries of electric cars or in photovoltaic storage systems - for which the improved MD Relax system for the transverse stretching offers greater strength. The resulting dimensional stability of the film in longitudinal (MDO) and transverse direction (TDO), even at high process temperatures, ensures that the film does not shrink later when heat is applied. For example, this prevents electric car batteries from failing due to shrinking separator film.