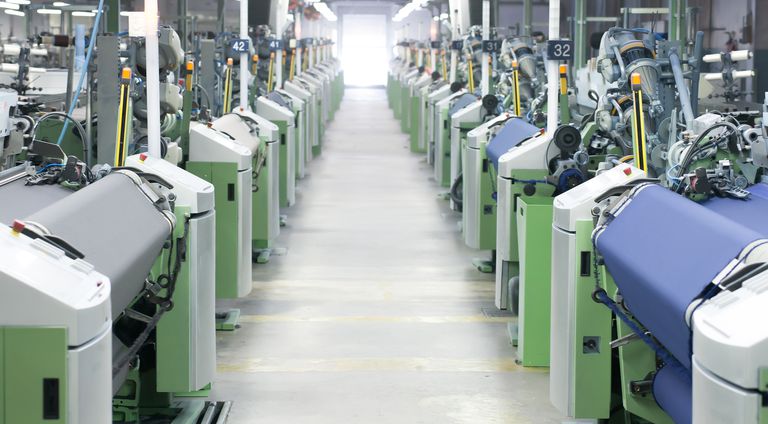 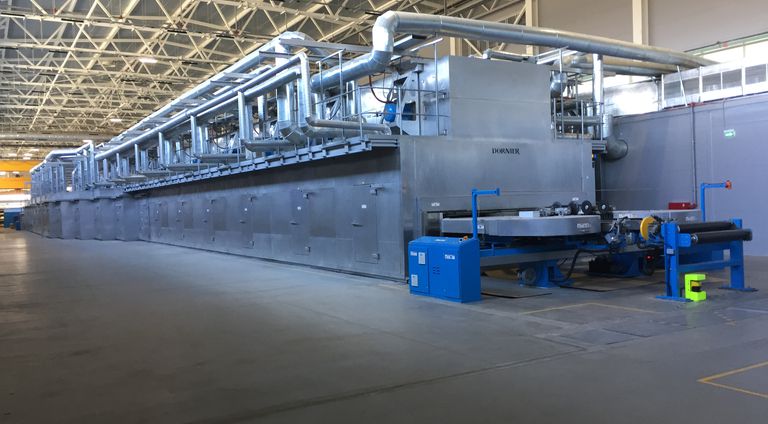 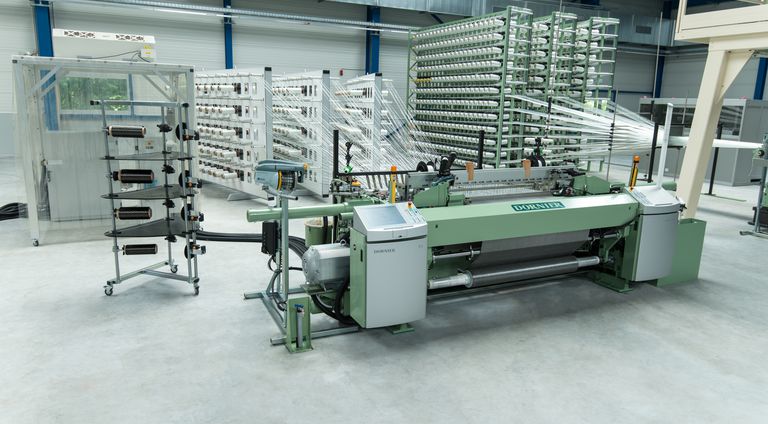 The world-renowned aircraft manufacturer Dornier began building textile machinery after the Second World War.The reason for this realignment: The Allies had prohibited the company from building aircraft in Germany. In 1950, Lindauer DORNIER GmbH was founded by Peter Dornier, son of the famous aviation pioneer Claude Dornier, in the same building in Lindau-Rickenbach which still serves as the company headquarters.The first result of his search for a new field of activity was the manufacture of shuttle weaving machines.

Soon after this, Lindauer DORNIER GmbH began building specialty machines as well, including dryers for the cardboard, paper and construction panel industry. In the mid-1960s, the product range was expanded to include foil stretching systems for the packaging and plastic foil industry and textile finishing machines for circular knitted goods.

With corporate divisions, weaving machines and specialty machines, today DORNIER has established itself as a global technology leader.

The final products of our weaving machines include highly demanding fabrics such as airbags, carbon fabrics for composite structures and aramide fabrics for fireproof applications. The DORNIER system family is also the optimum tool for manufacturing finest pure silk fabrics, intricate Jacquard items and the most delicate worsted fabrics.

In system design and construction, DORNIER is a market leader in the engineering and production of systems for manufacturing ultra-thin plastic foils. Besides the packaging industry these films are being used increasingly in high-tech products such as semiconductors, capacitors for hybrid cars and film displays in mobile phones and flat screens.

Today, more than 90 % of the products made by our roughly 1,000 employees are exported all over the world.

Our Credo
The Guiding Principles of DORNIER

We are an internationally oriented family enterprise, serving the industry as a manufacturer of machinery and special production installations. Our company strives for success through technical progress.

Our products for the textile, plastic and specialty machine industries are tailor-made to meet the requirements and needs of our customers

Finding extraordinary solutions is part of our daily work.

In the development of our products, we endeavor to preserve the Proven and combine it with the Innovative. We perform the core processes ourselves.

We are thus committed to create the requisite economical environment for this. We work unceasingly to improve the price and performance ratio of our products.

We are committed to making a profit which will enable us to continue developing our products and ensure the safety of our employees at work.

This is founded on the creative spirit and cost consciousness.

Our number one priority is the high quality of our products. This is our most important asset in the face of fierce competition on the world market. The same applies for our service to our customers: Our mission is to provide our customers with the services of a reliable, professional partner.

We strive to design and manufacture our products so that they are as safe and environmentally compatible as possible.

Our company is characterized by modesty and self-confidence. Every individual is expected to live and exemplify these qualities in their dealings with each other and third parties. Openness and respect in communicating with people whose customs and cultures are different are essential for us.

Our work is informed by the principles of personal effort, collegial conduct, information and positive motivation. All who work with us are expected to live by these principles.

Lindauer DORNIER GmbH has supplied the composites industry reliably for over 40 years. Our rapier weaving machines are used all over the world to manufacture high-quality carbon and glass fiber fabrics. We are also a highly reputed provider of foil stretching equipment and have extensive expertise in plastics technology. To meet the stringent requirements of the extremely dynamic composite fiber industry, our new DORNIER Composite Systems® division, founded in 2014, offers a constant supply of new answers in the form of innovative production systems for all kinds of semi-finished textiles. 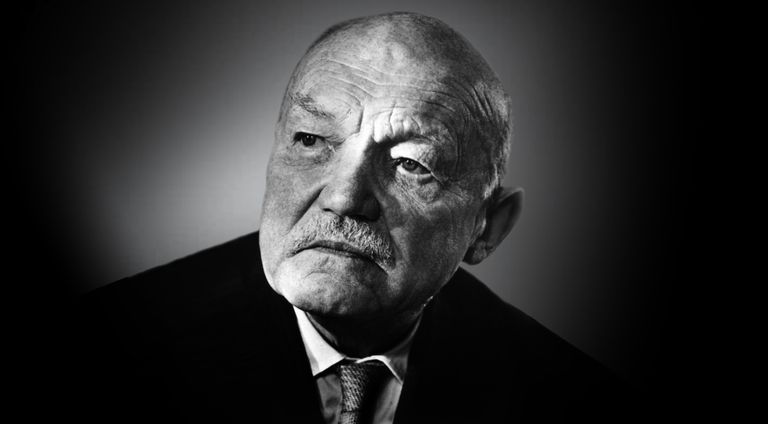 Prof. Dr. Claude Dornier took up a position with Graf Ferdinand von Zeppelin in 1910. There, he developed the world's first all-metal aircraft and seaplanes. His legendary Dornier "Wal" made its maiden flight in 1922 and earned its place as the most successful seaplane of the Twenties and Thirties. Claude Dornier's spectacular expedition in 1930 was a real sensation: He flew the 12-engine Do X, the world's largest passenger aircraft at the time, from Europe to Africa, South America, and finally New York. In 1932, Claude Dornier purchased Dornier-Metallbauten GmbH from the Zeppelin Group and ran it independently – the birth of the Dornier company. 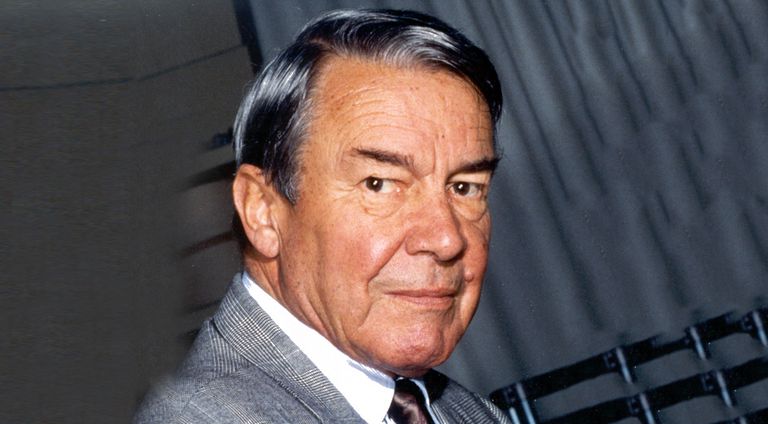 Peter Dornier, the second oldest son of Prof. Dr. Claude Dornier, was also a qualified engineer. In 1944 he joined his father's business as an aircraft design engineer, where contributed decisively to the development of the German aircraft industry. Among other achievements, he invented and developed the Do 335 propeller plane and – in the 1960s – the Do 31 vertical takeoff jet transport plane. He was awarded a medal of honor by the "Lilienthal-Gesellschaft für Luftfahrtforschung e.V." (Lilienthal Aviation Association) for the Do 335. Starting in 1950, Peter Dornier concentrated on establishing Lindauer DORNIER GmbH. In 1985, when Daimler Benz AG became the majority shareholder of the Dornier group, he took over all shares in Lindauer DORNIER GmbH in a stock swap deal. 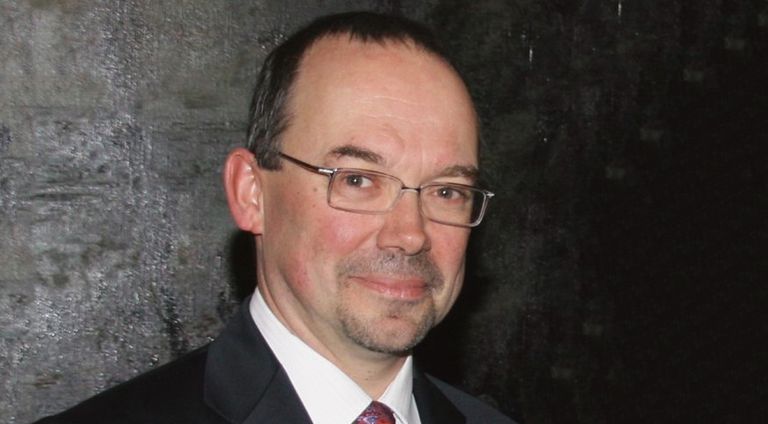 Peter's son Peter D. Dornier is also a qualified engineer. He directs the fortunes of the family company in the third generation. Peter D. Dornier joined his father's company in 1989 and became Spokesman for the Board in 1999. He was responsible for sales, marketing and development for the weaving machines division for many years. He has been chairman of the Lindauer DORNIER GmbH Board of Management since 2001.

"From flying people to flying threads"

Unrivaled in volume, unique in the niche: While weavers in the clothing and home textiles industry use weaving machines from DORNIER to make carpet, garments and suits from wool, silk or cotton, technical weavers use the same machines to manufacture high-performance fabrics for satellites, aircraft and cars with carbon, glass and aramid fibers. This extraordinary versatility in processing different materials and yarns is based on over 60 years of design and development experience in building rapier and air-jet weaving machines.

Film for an immense variety of everyday items is produced on the film stretching lines from DORNIER: It stops food from spoiling, keeps medicines ready to hand and enables users to operate smartphones with a swipe.

In order to raise weaving to an entirely new dimension, in 2014 DORNIER established its Composite Systems® division. This is where the skills of the globally active Weaving Machine and System Construction business lines are collected. Whether 3D fabrics, fiber-reinforced composites or tapes, the latest high-tech semifinished goods for the aviation and space industry or for car manufacturing as well as ultra-lightweight, high strength cycle frames, ice hockey sticks or musical instruments are all made on the machines and production lines of this new field.