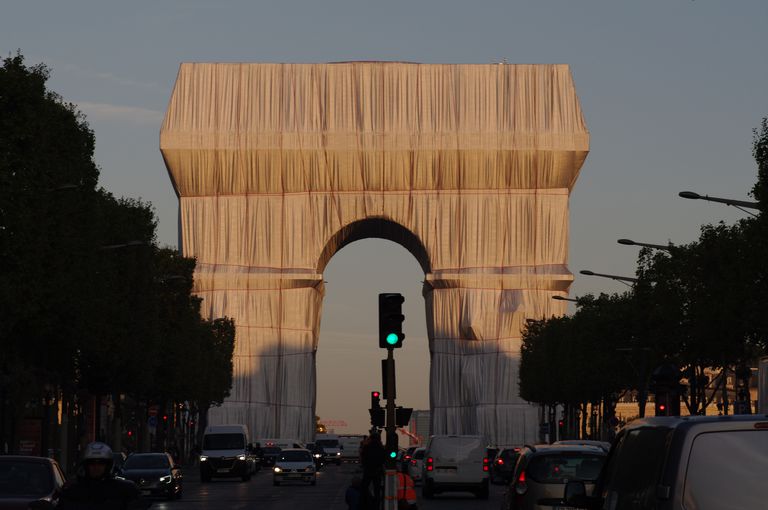 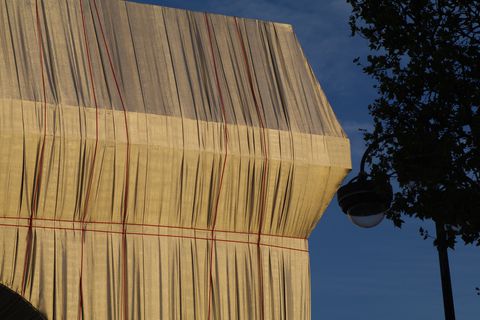 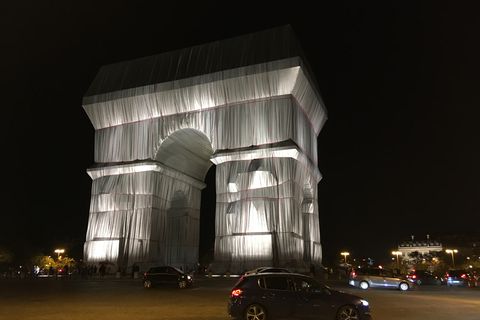 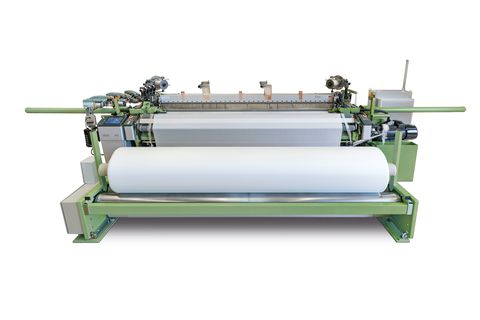 Christo's last work of art: a connection between Germany and France

Christo planned to cover the Arc de Triomphe in Paris in 2020. But COVID-19 intervened and shortly afterwards the internationally renowned artist passed away. His nephew now has accomplished posthumously Christo's last work. The woven fabric for this oeuvre was provided by a German customer of Lindauer DORNIER GmbH.

Christo and his wife Jeanne-Claude (1935 - 2009) had the idea for this mammoth project as early as the 1960s: The Arc de Triomphe, one of the most historic monuments of the French capital, located in the middle of the famous roundabout at the Place de l'Etoile, was to be transformed into one of those spectacular wrapping artworks through which Christo achieved world fame. In May 2020, however, the "Master of wrapping", as the German radio station Deutschlandfunk called him in an obituary, passed away. His nephew, Vladimir Yavachev, has now accomplished the final artwork of his famous uncle according to Christo’s original plans.

The DORNIER P2 rapier weaving machine – a flexible tool, not only for artists
From 18 September to 3 October 2021, 25,000 square metres of silver-blue fabric cover the 50 meter-high Arc de Triomphe, commissioned by Napoleon in 1806 in honour of his victories, completed in 1836. The coated fabric used, made from recycled polypropylene, was provided by the traditional weaving mill SETEX Textil in Greven, Germany. It took one year to produce this fabric especially for this work of art on a DORNIER P2 rapier weaving machine. “Only one weaving machine came into question for this demanding fabric” reports Konrad Schröer, owner and managing director of the North Rhine-Westphalian family business. Schröer continues „The ideal solution is the P2 with its new shed geometry and increased performance in combination with our experienced weavers and their textile know-how”.
Furthermore, SETEX manufactures on the P2 fabrics of the highest quality made of glass, polyester and polypropylene fibers – used as coating carriers as well as for filtration.

Christo‘s masterpieces: Eye-catchers on a high-tech basis
Technology from Lindau on Lake Constance played already a part in earlier works by Christo, who always chose his “wrapping materials” very carefully. Thus, the polypropylene fabric that spectacularly covered the Reichstag in Berlin in 1995 and the material for Christo's project "The Gates" in Manhattan's Central Park were also produced on rapier weaving machines from DORNIER. For almost 60 years, these machines have been the industry standard for processing high-performance fabrics and their latest generation – the P2 – successfully continues this tradition.
The technical properties of the textiles used for these art performances are anything but trivial: In addition to sufficient resistance to wind loads, artistic criteria such as light reflection or draping behaviour are important influencing factors. The fabric developed for this purpose must therefore have a texture optimized in terms of lightness and stability. Economic and recycling aspects also play a role. The former is particularly important because all of Christo's projects do without public funding.

A glorious past with a promising future
The last work by the artist, who lived in Paris for a long time and, in 1985, wrapped in fabric the city's oldest bridge the famous Pont Neuf, also recalls the impressive weaving history in France.
In 1805, Joseph-Marie Jacquard, the son of a weaver in the silk metropolis of Lyon, invented the punch card-controlled loom. In doing so, he not only revolutionized global textile production, but at the same time, with the loom as the first "programmable" production machine, he laid a foundation stone for today's automation and digitization of processes. Using the basic weaving principle developed by Jacquard more than 200 years ago, DORNIER's customers today produce, among other things, high-quality clothing, home textiles and components for the aircraft industry from silk or carbon fibers.

Those who cannot make it to Paris in person by the third of October can admire Christo's last work in a livestream on the artist's website.